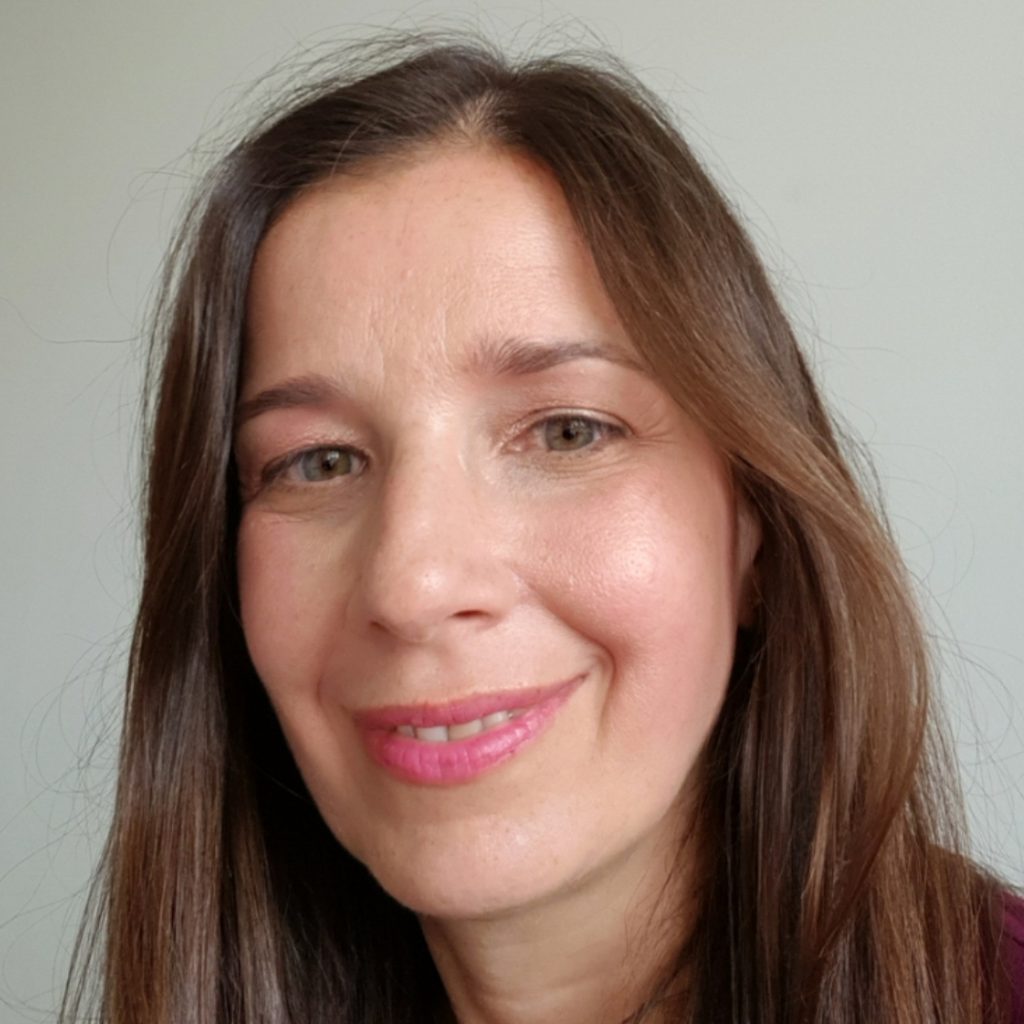 Dr. Katerina Mania serves as a Professor at the School of Electrical and Computer Engineering of the Technical University of Crete since 2006, leading the research team SURREAL which specializes in Augmented and Virtual Reality, Visualization and Computer Graphics, including Human Computer Interaction, Perceptually-optimized Computer Graphics and Gaze-contingent Displays.

Her PhD studies were fully funded by Hewlett Packard Laboratories. Prior to her Ph.D, she was a researcher at Hewlett Packard Laboratories, UK working on 3D architectural visualisation and 3D graphics for the web. After completing her PhD in 2001, she served as an Assistant Professor at the Department of Informatics of the University of Sussex, UK from 2001 until 2006, with tenure since 2004. She has been a Visiting Researcher at NASA Ames Research Center in 2003, at the Spatial Perception and Advanced Displays research group led by Dr Stephen Ellis and has published her work, co-authored with NASA Ames researchers.

She has also been a Visiting Researcher at the Brighton and Sussex Medical School (2012) and at the Warwick Manufacturing Group, University of Warwick, UK (2016). She has participated in several EPSRC UK, national (GSRT-NSRF) as well as European projects. She has served in more than 100 conference program committees and has chaired technical programs of ACM Siggraph EUROGRAPHICS, IEEE Virtual Reality, ACM Siggraph Symposiun on Applied Perception, etc.

In 2019, she has served as the Track Chair for VR/AR of the IEEE Conference on Games 2019. She has co-authored more than 100 research papers as well as presented courses and tutorials at major technical conferences such as ACM SIGGRAPH, IEEE Virtual Reality, Eurographics.

She currently serves as an Associate Editor of leading journals in VR/AR and perceptually-optimized graphics, e.g. ACM Transactions on Applied Perception and Presence, Tele-operators and Virtual Environments (MIT Press).